Ratchaburi Electricity Generating Holding Public Company Limited is a leading Independent Power Producer in Thailand, with an ambitious vision aiming to be a leading value-oriented integrated energy company in Asia-Pacific. Founded on 7 March 2000, the Company has the issued and paid-up capital of THB14.5 billion and the Electricity Generating Authority of Thailand (EGAT) is its major shareholder with 45% equity stake. It is regarded as a listed company because of its securities registered in the Stock Exchange of Thailand under the trading symbol of “RATCH.”

Operated as a holding company, RATCH seeks to equity invest in core companies, subsidiaries, and/ or joint ventures, subject to its shareholding proportion. Its investment is mainly focused on fossil fuel power generation projects, renewable projects as well as businesses adjacent to electricity generation and energy both in Thailand and internationally. Its main incomes are in forms of dividend and profit sharing from invested companies. 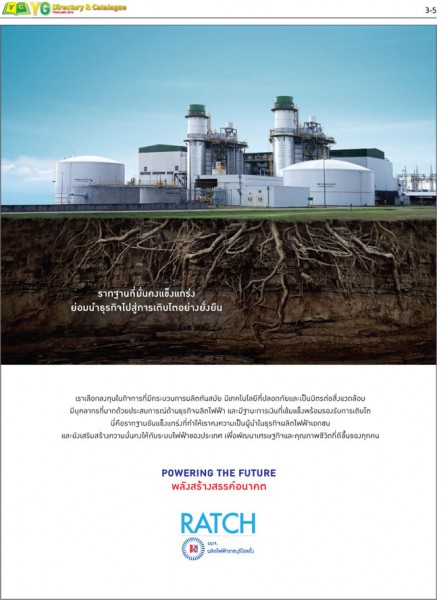 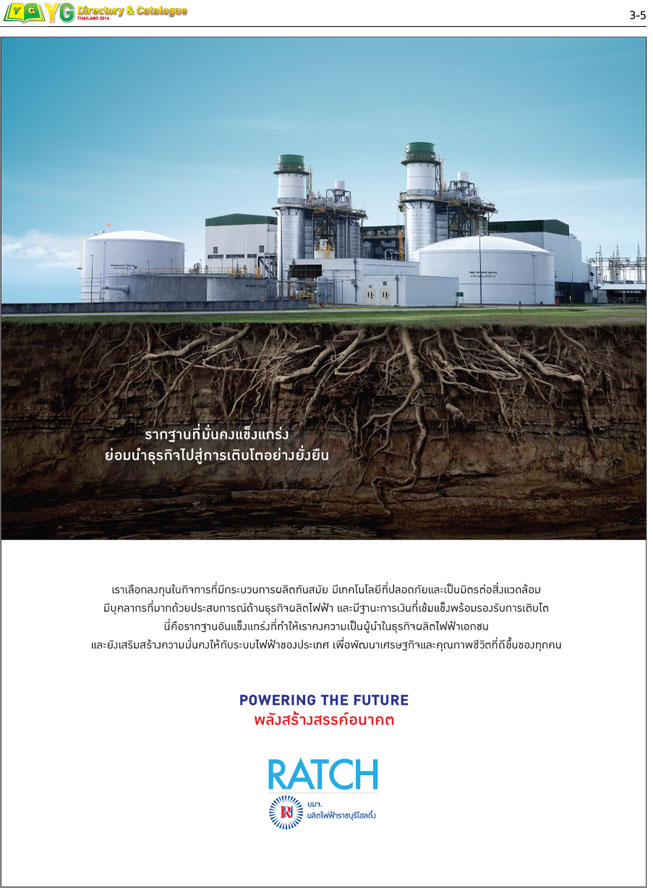